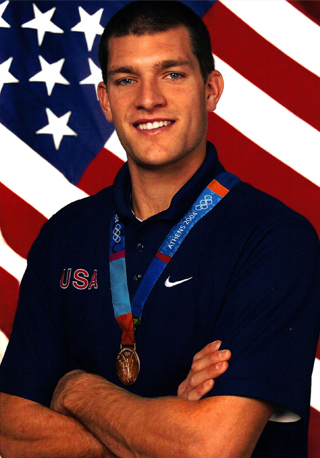 Bakersfield High graduate who describes himself as "far from being a standout athlete" when he played football and baseball for the Drillers. But after enrolling at Oregon State University as an engineering major, Hansen took up rowing and enjoyed spectacular success. In the 2004 Athens Olympics, sitting in the fourth seat, starboard side, he earned a gold medal in the men's eight event, the first U.S. gold medal in the event since 1960. In the preliminaries before the gold medal race, Hansen and his teammates clocked 5 minutes, 19.85 seconds over the 2,000-meter course, a world record that still stands. A U.S. National Team member from 2001-2005, he helped the U.S. win bronze and silver at the 2002 and 2003 World Championships. He and his men's eight teammates were inducted into the National Rowing Hall of Fame in March, 2010.